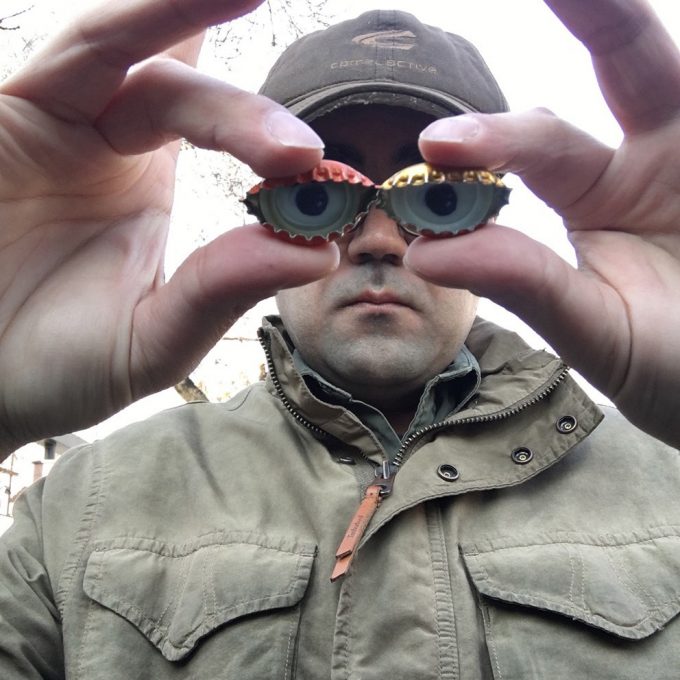 Hesam Fetrati was born just two years after Iran’s Islamic Revolution and a year after the start of Iran- Iraq war which is considered to be the longest war of the 20th century. During Iraq’s attack on Tehran, he was only six and he remembers the Iraqi fighters bombarding his hometown. Because of these personal experiences and the misfortune of the victims, he has always been interested in art-activism specially anti-war and social justice art-works.

After growing up in Tehran the capital city of Iran, in a middle class family, Hesam studied BA in graphic design at Tehran Azad University of Fine Art. He has completed his Master of Art in Visual arts and his Doctoral program in Visual Arts (DVA) at Griffith University Australia. During this period, the matter of displacement became the focal point in his artworks.

Fetrati’s art works are more surrealistic. He is interested in using symbols, archetypes, stereotypes, chiche and economical language. In addition, after 2011 he uses Etching Printmaking technique to transfer his message to the audience. He believes printmaking philosophically contains the matter of enlightenment.